“It takes a village to raise a child” reveals schools as an educational community which promotes learning for life. The aim is to build an integration and socialization space, not only creating the perception of the school as “home”, but also encouraging a balanced education that leads to a global personal development.

The architectural object presents itself as a metaphor of the transversality between vertical and horizontal learning being in complete harmony and integration with the surroundings.

The proposed object is understood as a solid of pure geometry, more specifically a parallelepiped, carved through the subtraction of other solids. To standardize its volumetry, granting a closest look of a single solid, it is developed a shell the involves the different volumes. This element, composed by translucid steerable blades, not only dynamizes the façade, but also controls the illumination of interior spaces through the rotation of different sets of elements, resulting in light effects with changes regarding the levels of transparency and colour.
Keeping the west and east accesses as required, two overlapping central atriums are developed, whose double height near the entrances confers a visual permeability between floors. These spaces are connected by a helicoidal staircase with a symbolic and sculptural value, resulting in a reception space folded in two.
Inside the volumetric compound it is observed a high functional organization and efficiency in the relationship and interaction of the different functional nuclei, emphasizing a programmatic division well achieved by floor.
It is given more dynamism to the proposed building through using stimulating chromatic elements, with predominance of the color yellow and other similar, and the creation of green roofs over the gyms. 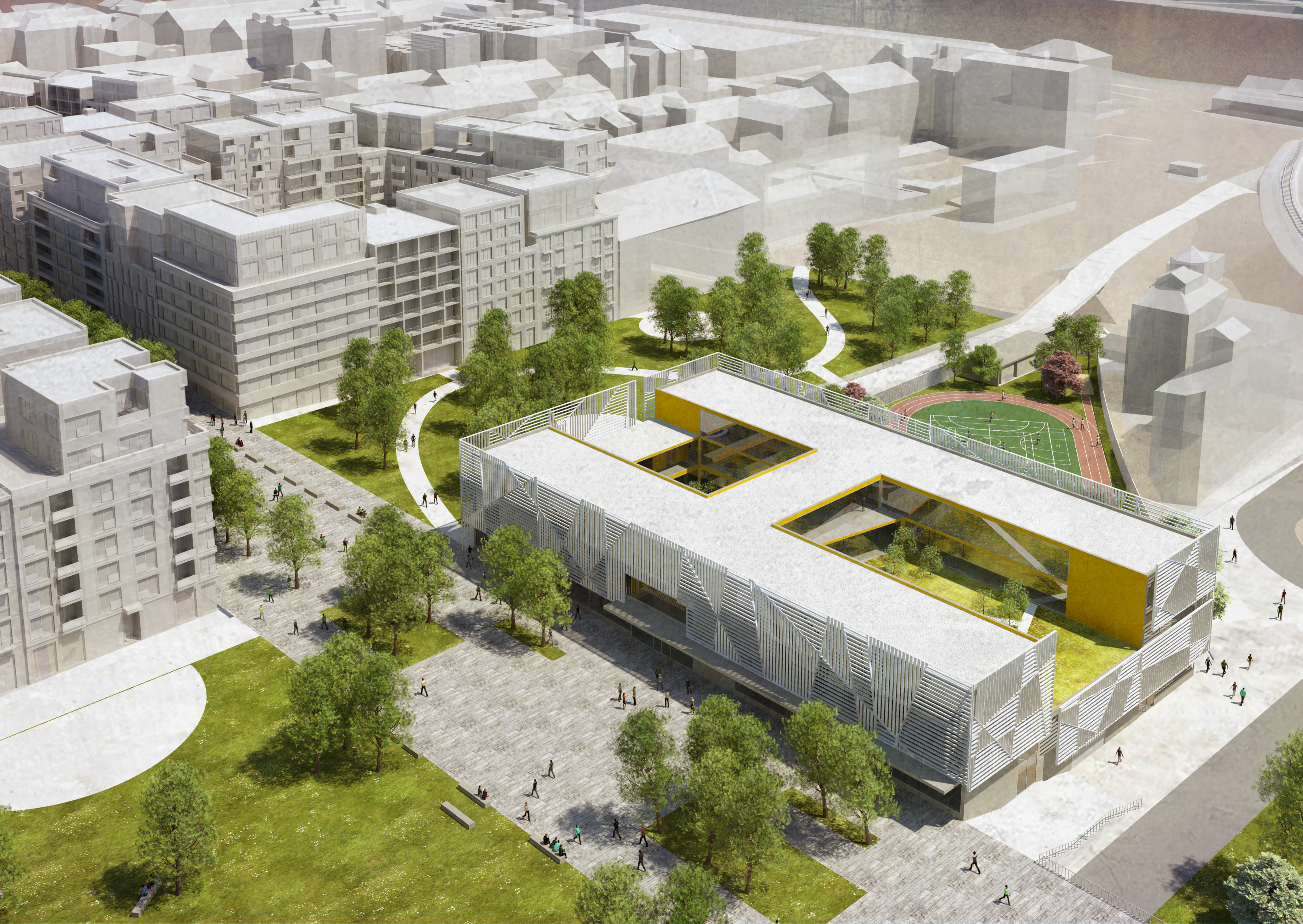 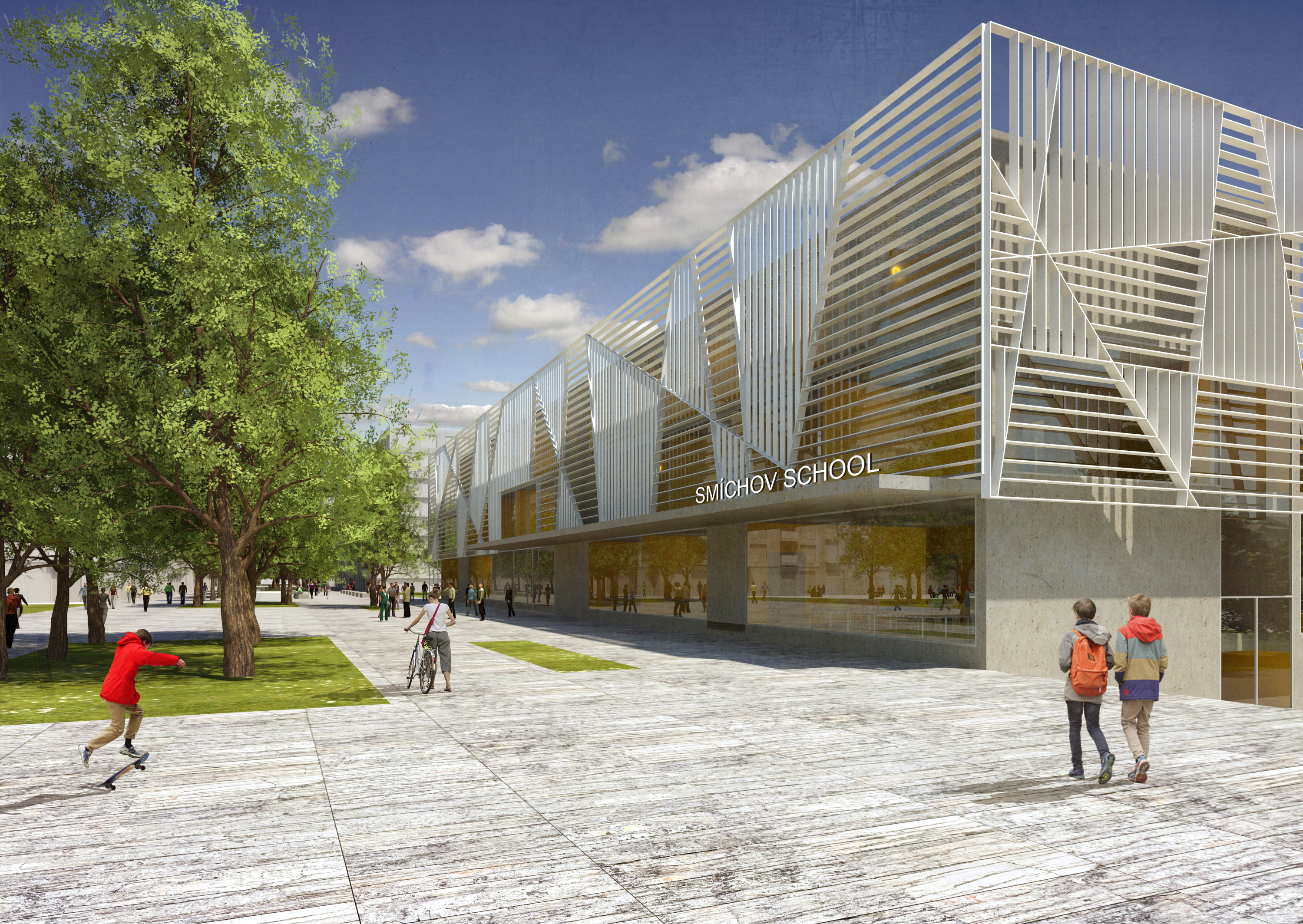 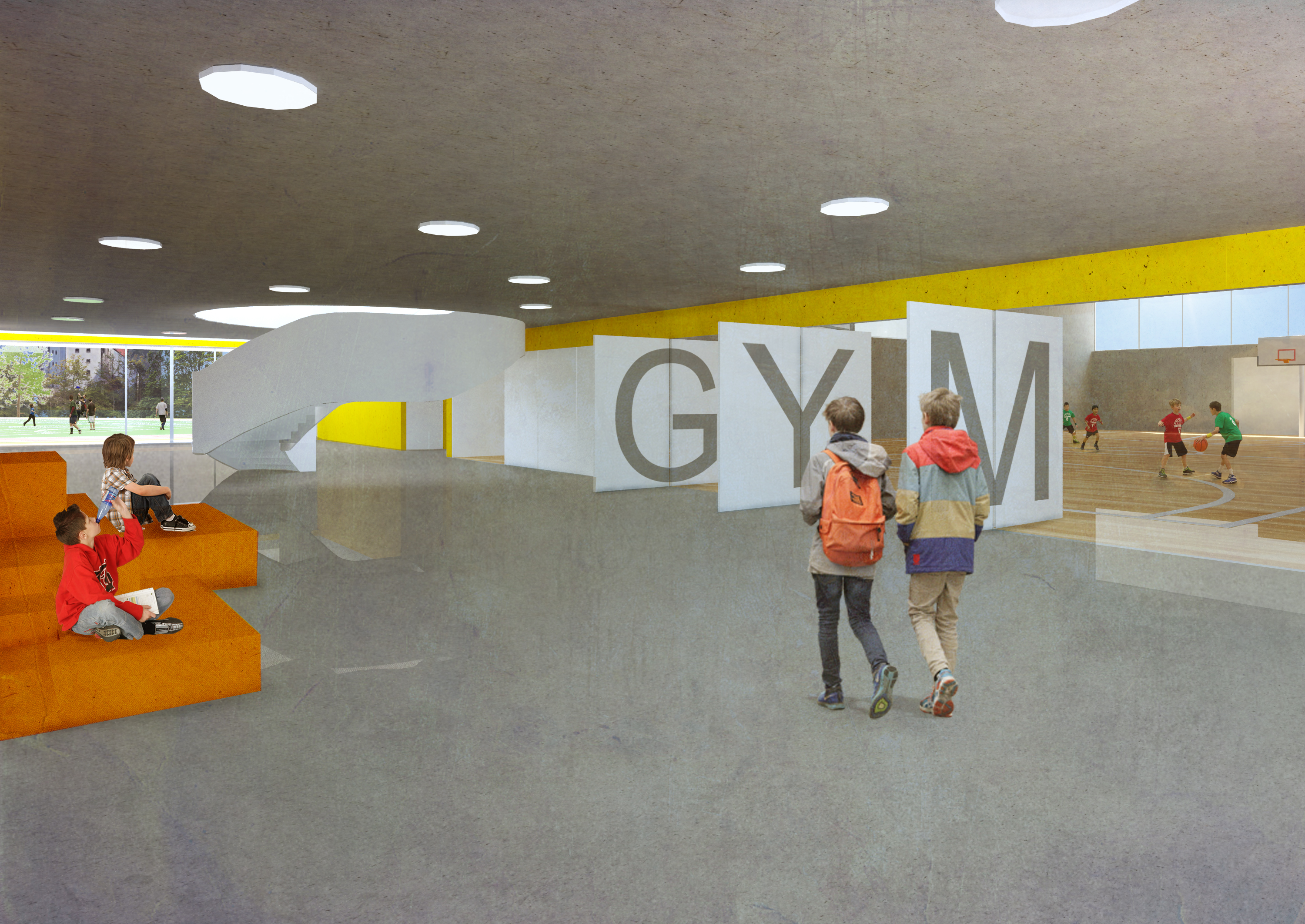 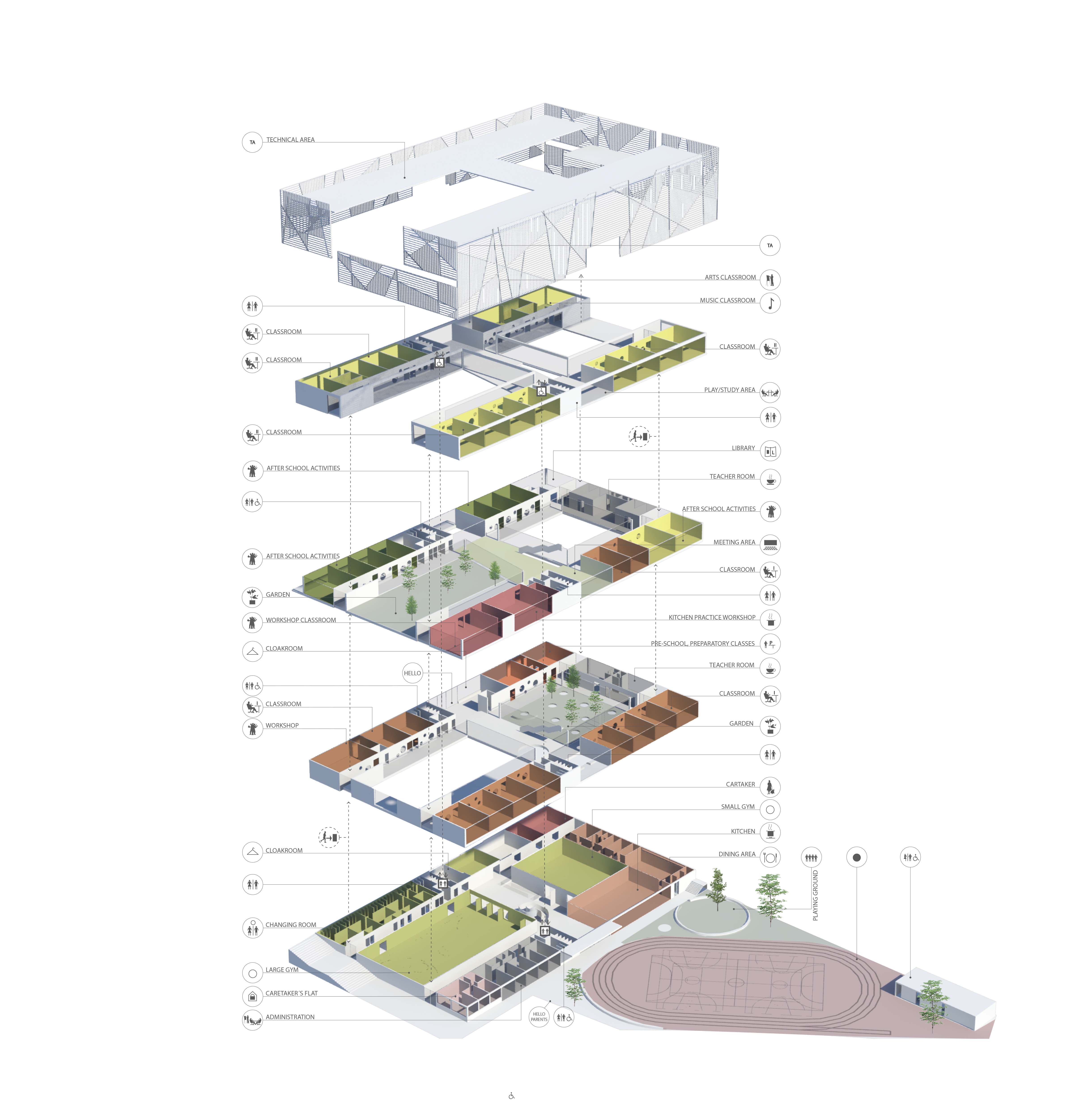 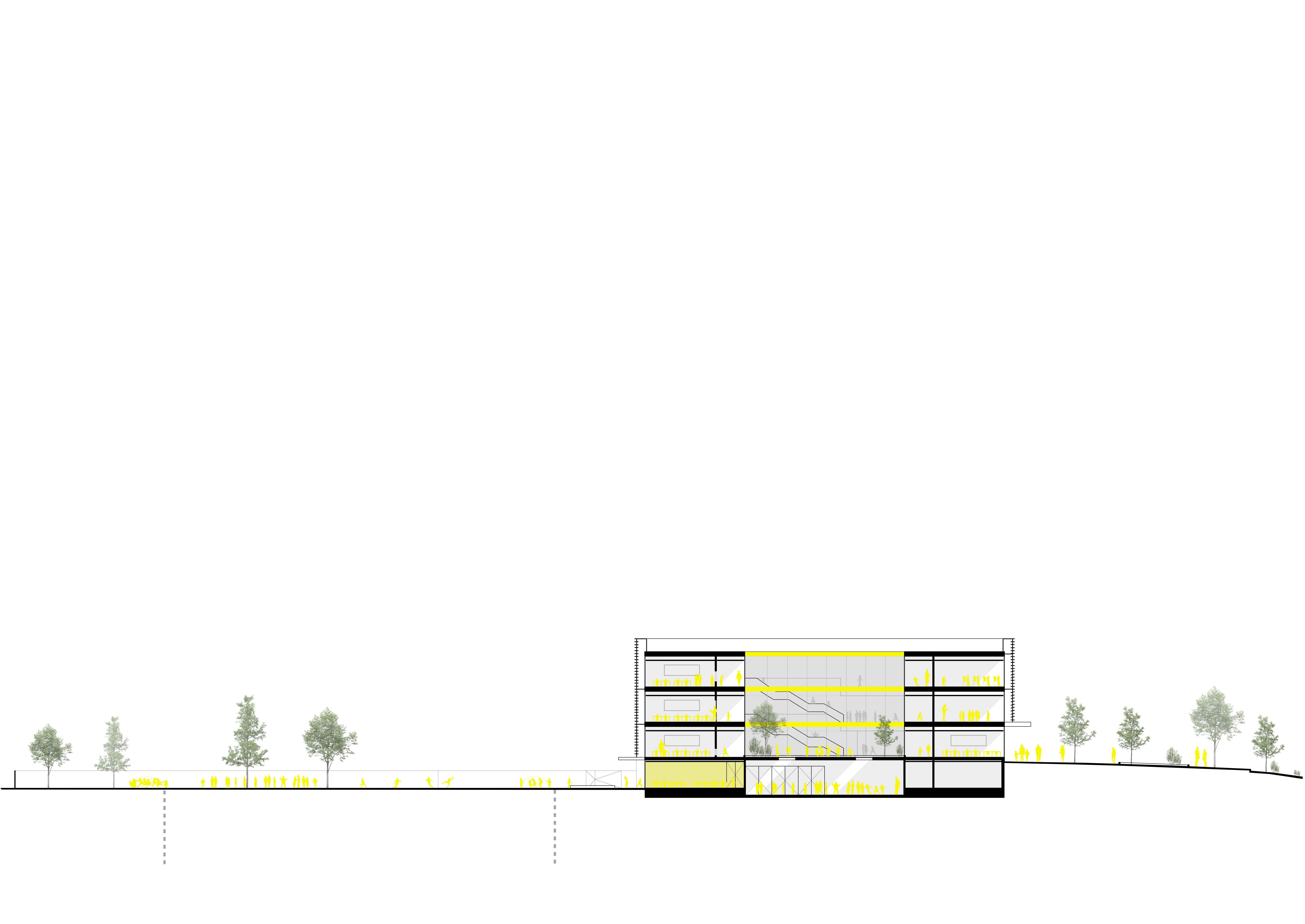 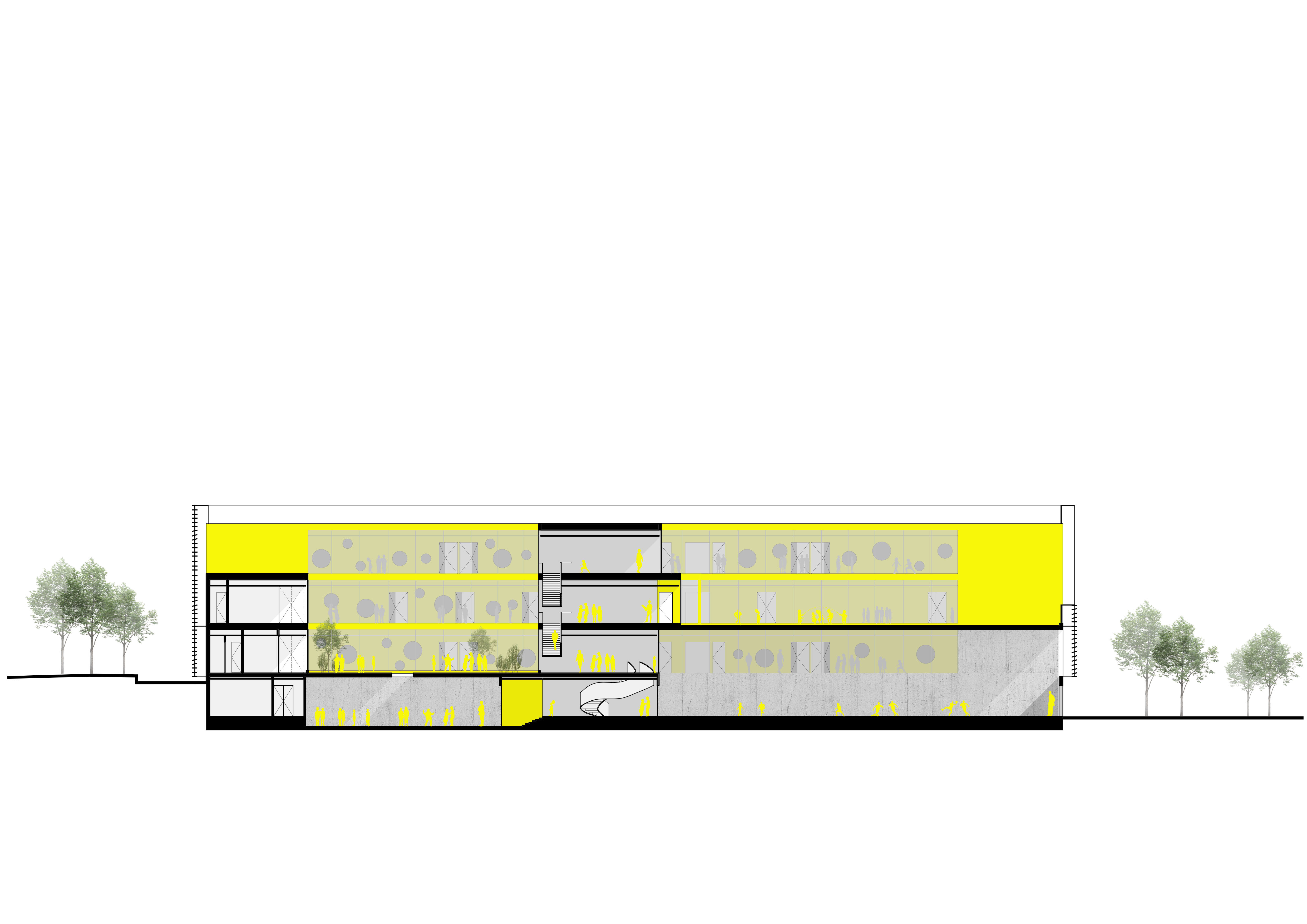 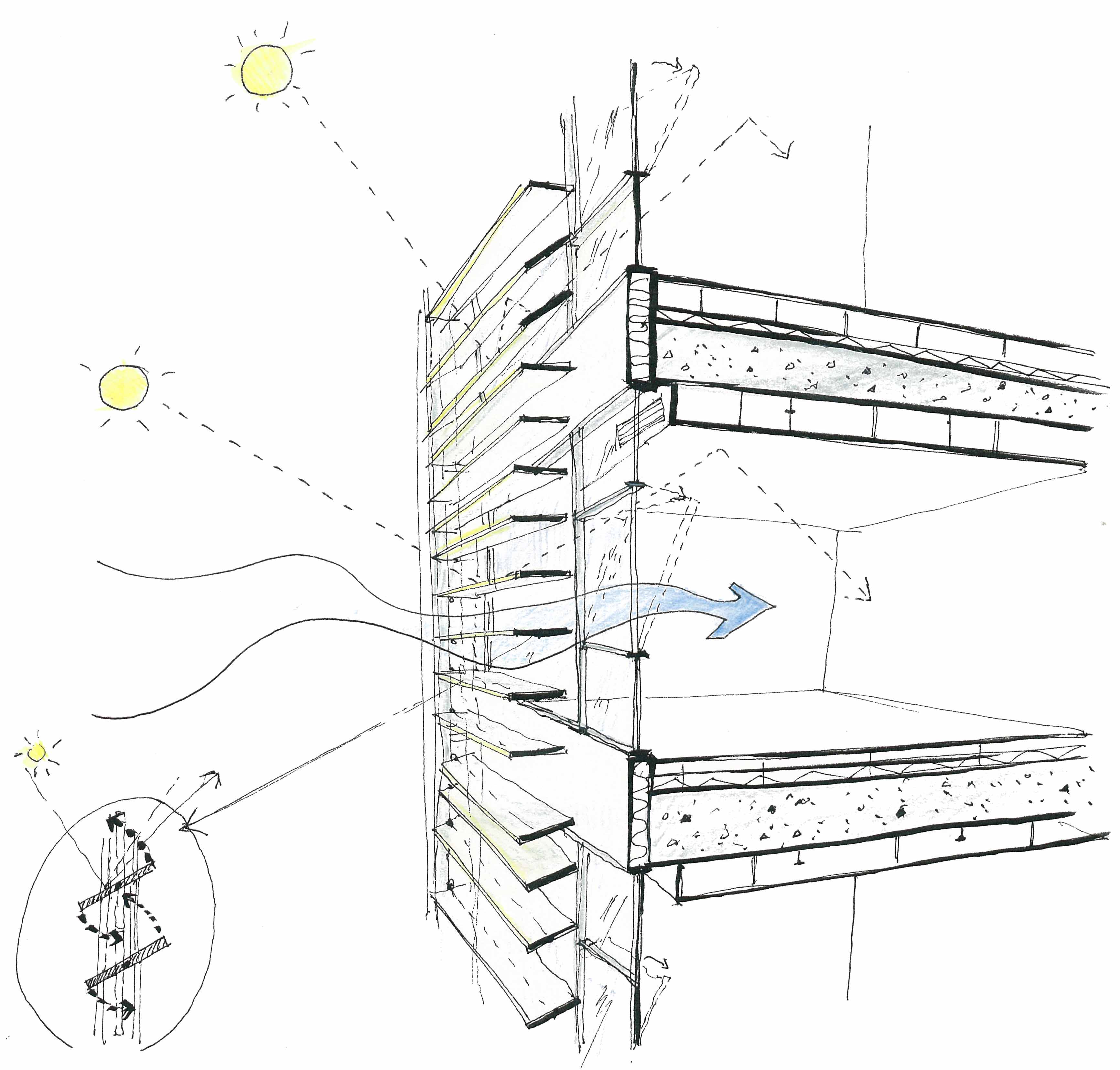